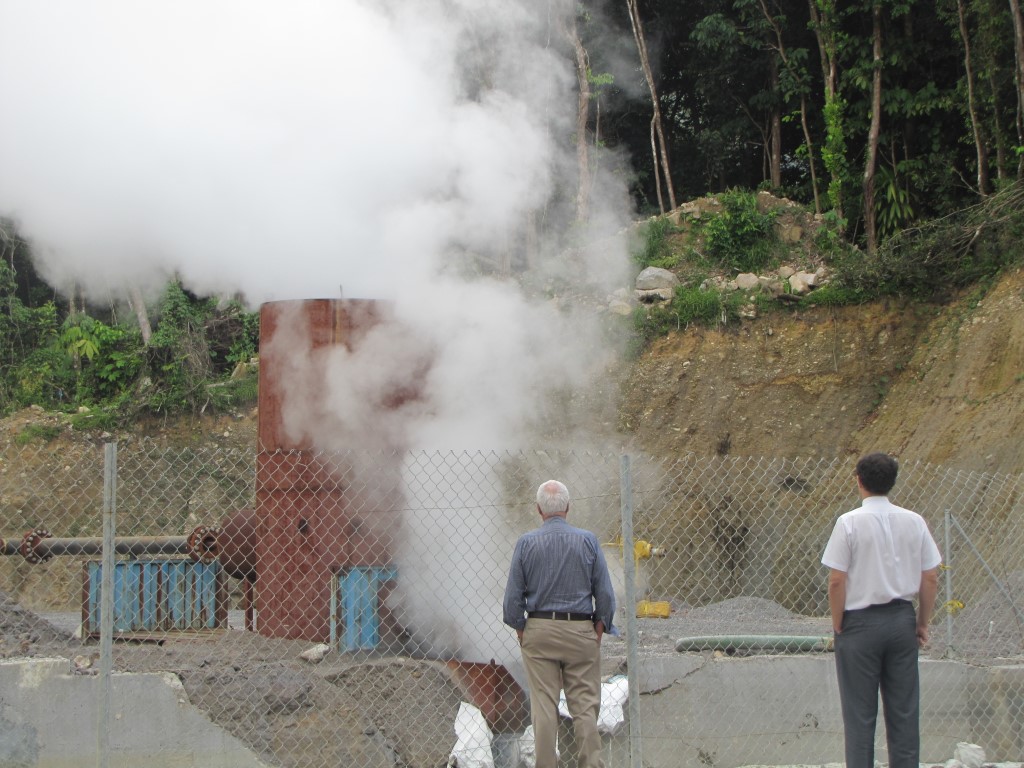 The World Bank has said that it will provide more than US$17-million for the development of a geothermal plant in Dominica.

Karlene Francis, the bank’s Operations Officer, said geothermal energy is consistent with the government’s plan of making Dominica the first climate resilent country in the world.

The government has already announced plans to establish a seven megawatt geothermal plant that is estimated to cost US$40-million.

“The bank is also working with the Dominica Geothermal Development Company to prepare a geothermal risk mitigation project,” she said at the launch of the Climate Resilience Execution Agency for Dominica (CREAD) on Friday.

She said such a plant will replace diesel generation and reduce electricity cost in Dominica, adding that geothermal energy is very resilient.

“Geothermal energy is extremely resilient and consistent with the government’s strategy. We acknowledge the strong partnership with a number of donors including the government of New Zealand . . . which have joined the efforts to co-finance the project valued at US$48 million of which US$17.2 million will be funded by the World Bank,” Francis stated.

She said the World Bank is working in strong collaboration with other development partners to reduce the burden and transaction costs on the country by moving more to partnerships.

“In this context CREAD is a step in the right direction to coordinate all the projects, no matter the financier,” Francis stated.

The government has already spent over $50-million exploring the island’s geothermal potential.

In February 2017, Prime Minister Roosevelt Skerrit announced that an investment of $45-million will be made available for the development of a geothermal plant. He said the funds would come from the country’s Citizenship by Investment Program (CBI).

In September 2016, Dominica and New Zealand signed an EC$4-million Partnership Agreement to support the construction of a 7 MW geothermal power plant on the island.

In December 2016, Dr. Vince Henderson, who is now Dominica’s Ambassador to the US, said the United Kingdom had committed $7-million grant funding to the project. He said this amount has been promised, however, it’s up to the UK Government to commit to contributing that amount.

In June 2016, during a visit to Dominica, UK’s Parliamentary Under Secretary of State at the Department of International Development, Baroness Sandip Verma, urged the government to “get on” with the much-talked-about project, saying it should not be “left to be on the back burner for a long time.”

In April 2016, Prime Minister, Roosevelt Skerrit emphasized the government’s commitment to the harnessing and development of geothermal energy in Dominica.

In March 2015, Energy Minister Ian Douglas said that a draft Geothermal Bill, which will govern the exploration, development and exploitation of power that will be generated from the country’s geothermal resources, is nearing completion.

Douglas said a construction of a small geothermal plant is to begin by 2017.

In 2012 former Energy Minister, Rayburn Blackmoore, said construction of a geothermal plant would begin in the first quarter of 2013.

Also in 2012, Prime Minister, Roosevelt Skerrit, told parliament that Dominica could have a geothermal power plant in operation by 2014.