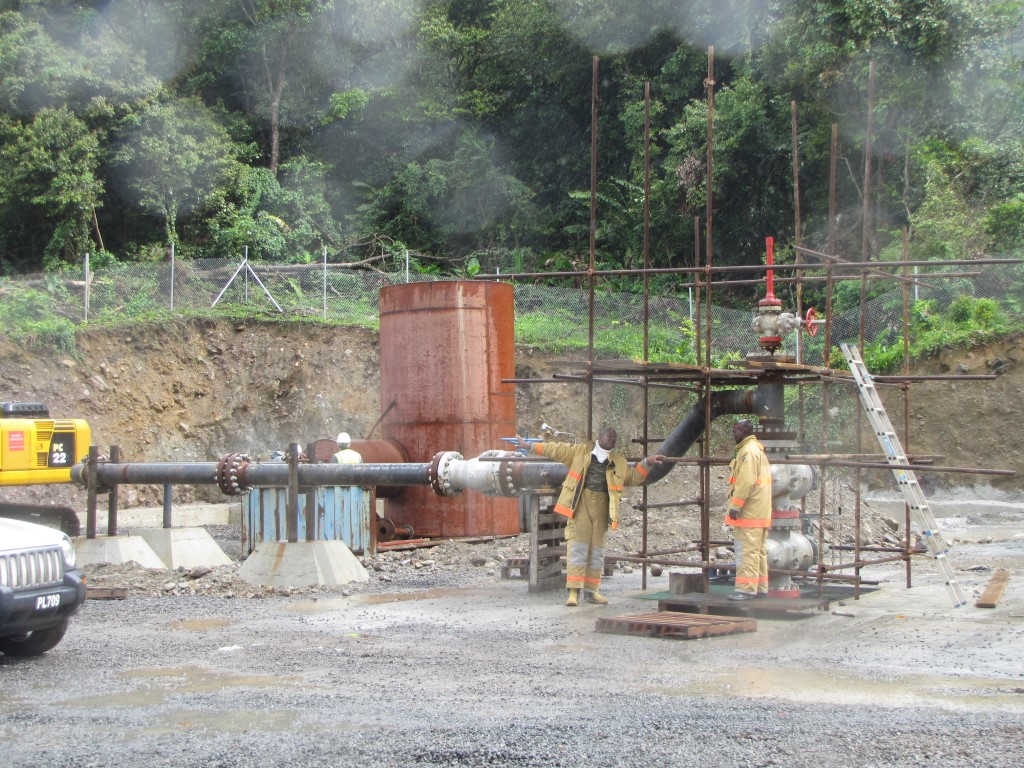 The construction of a seven-megawatt power plant is still on the cards for the Government of Dominica.

Earlier this month, representatives of the World Bank were on island to assess the damage done to the plant by Hurricane Maria and to strategize the way forward for the project. Part of that World Bank delegation, Chairman of the Geothermal Negotiating Team, His Excellency Dr Vince Henderson revealed that the Geothermal Development Programme is progressing satisfactorily despite the impact of the hurricane.

He noted that the partners who have come on board with this project have recommitted their support for its advancement.

“The UK DFID continues to provide support to the geothermal power plant to the tune of £8.5 million; SIDS DOCK funds have already been confirmed and approved and are with the World Bank; our partners from New Zealand continue to provide technical support and financing for technical support which allows us to develop the actual design of the plant and have provided us with a Project Manager from New Zealand…,” he said.

Work on the plant should commence by the end of this year into early 2019 he said and should be completed by the 2020.

“Unfortunately, Maria intervened, and it has pushed us four to six months down the road but still in light of the circumstances, that is amazing. Being able to deliver a plant by mid-2020 would be a great achievement for the government and people of Dominica,” H.E. Henderson said.

He reaffirmed government’s commitment that the plant would provide a source of energy that is a lot more affordable for Dominicans.

Representative of the World Bank says the bank is proud to support this project and is also pleased to work with the Government of Dominica.

In this financial year government allocated $40.5 million for the commencement of the geothermal plant.