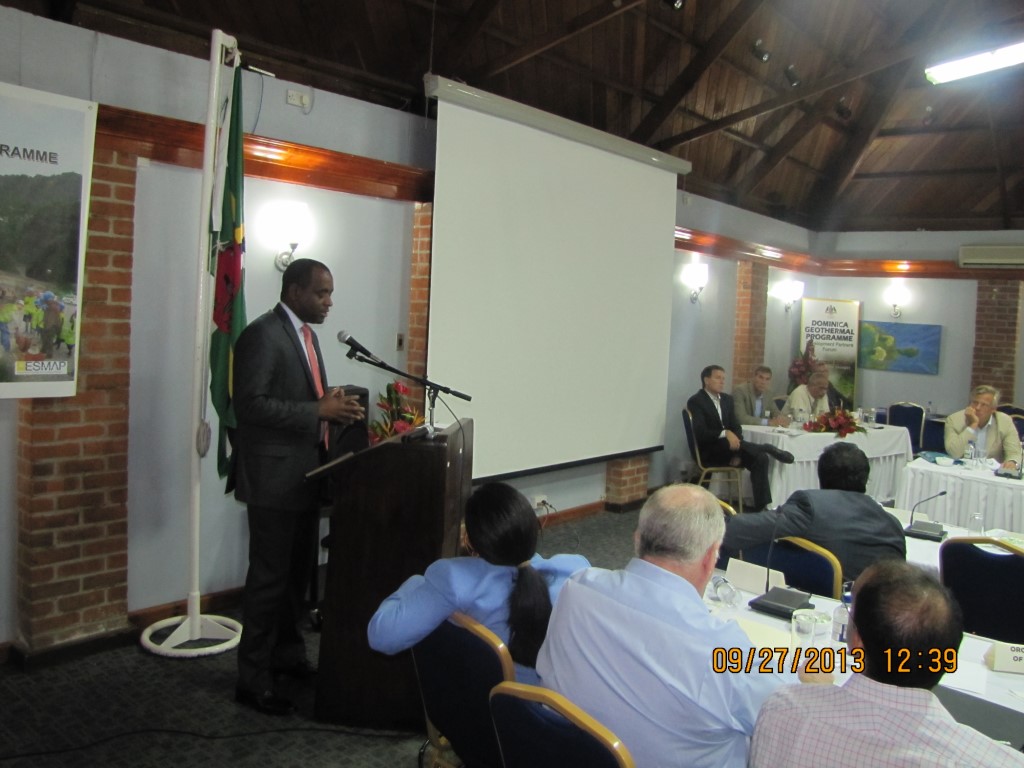 Prime Minister Roosevelt Skerrit has announced significant progress is being made for the plans of construction of a seven-megawatt geothermal plant to be built in the Roseau Valley.

Mr. Skerrit made that announcement during his address at the 2017/2018 National Budget presentation during the First Meeting of the Third Session of the Ninth Parliament on Thursday July 27 2017.

He said he is pleased to report on the significant progress that the government has made over the last year stating that they have established the Dominica Geothermal Development Company (DGDC) with a full complement of staff of help move forward with the construction of the power plant.

Funding for the project will come from numerous sources from around the world he said and the government of New Zealand recruited a project manager who is now engaged with the DGDC.

The government has also applied for a grant funding under the United Arab Emirates Caribbean Renewable Energy Fund. That grant is expected to be 8.1 million dollars and 13.5 million dollars and would fund a battery storage system, to be used in the national electricity grid.

Mr. Skerrit further noted that funding will also be obtained from the World Bank in the form of a loan of 16.2 million dollars, at a rate of 0.75 percent with a ten-year grace period and forty years repayment plan.
He went on to say that in addition to monies required for construction, monies shave been secured for any additional expenses.

In addition to the financing required to construct the plant, government has also been able to secure contingent financing in the event additional production funds are required,” he added.

These funds are being provided by the Clean Technology Fund (CTF) in the amount of 24.3 million dollars and they will also provide 6.8 million dollars in the form of technical assistance for advance in the development of a large geothermal plant for export of power to Guadeloupe and Martinique.