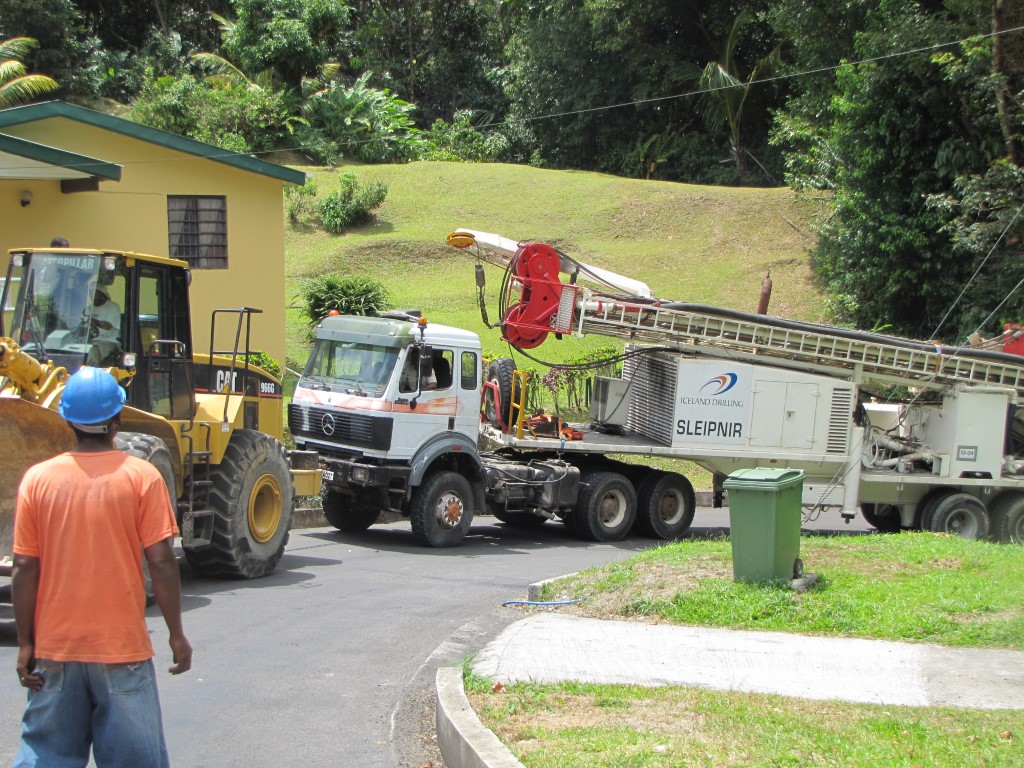 Dominica’s long-standing efforts to develop its geothermal resource have been well documented. Nearly a decade ago an exploratory drilling program confirmed the existence of a viable high temperature resource. Since then, Dominica’s bid to harness its geothermal has seen highs and lows but ultimately the project at Wotten Waven-Laudat – while it has attracted interest – has failed to secure a developer.

Now, a rebooted and multi-phased approach supported by The World Bank and other partners is breathing new life into the project.

What sets Dominica apart from its Caribbean neighbors is its vast resource potential – estimates exceed 500 MW – far bigger than any other in the region. While Dominica’s priority has always been to build a small geothermal plant to meet its domestic energy needs and shift away from expensive diesel, the country also has ambitions to build a larger plant and export excess energy to its neighboring islands of Martinique and Guadeloupe.

If Dominica’s successful initial exploration program did much to de-risk the project for prospective investors, considerable residual resource and investment risks remained which ultimately led to at least two interested developers leaving Dominica at the altar. Similar challenges confront many of the other geothermal islands in the Caribbean where the industry is new, projects lack scale, and capacity is low.

The stakes, though, are high for Dominica which has few options to capitalize on the investment already sunk into the project and which has an urgent need to bring online secure and stable power supply options for the island nation.

Dominica’s fix is innovative and pivots around the formation of the Dominica Geothermal Development Company (DGDC), a special purpose vehicle with a mandate to develop a small geothermal power plant of around 5-7 MW. The development of the smaller plant will serve to confirm the Wotten Waven-Laudat resource and its ability to support electricity production over an extended period.

Once the plant is operational, the DGDC will then examine the viability of further exploiting the resource to produce and export electricity to Guadeloupe and Martinique. If export of electricity is deemed viable, the smaller plant will have served to derisk the next, larger, and more complex phase of the project i.e. to expand the steam field to develop and construct a much larger power plant – a prospect that is more likely to whet the appetites of international developers.

A bevy of international development agencies has stepped up to support this strategy. The World Bank, which has already been providing advisory support, is now processing a financing package in the neighborhood of $50 million. In January 2017, the project to support the development of the small geothermal plant for domestic supply and to evaluate the viability of the export potential was formally included in the World Bank’s lending pipeline, indicating its support to the overall approach.

Working alongside Dominica, the World Bank have helped bring key development partners to the project, including the UK’s DFID, the government of New Zealand, the Clean Technology Fund, and the SIDS DOCK Support program.  DGDC has also enlisted the assistance of a financial advisory firm to support PPA negotiations with utility DOMLEC. Also at the table are Jacobs, a New Zealand-based geothermal engineering and development consultancy, and a leading international law firm to oversee the contracting.

Dominica indisputably has the most advanced geothermal project in the Caribbean and that in turn has implications for the rest of the region. An operational geothermal power plant would be a shot in the arm for the regional geothermal industry and would inform and influence similar efforts in OECS countries such as St. Lucia, St. Vincent, Nevis and St. Kitts. Unlocking a larger resource for an inter-island electricity project is the holy grail of geothermal endeavors in the Caribbean, and if Dominica were successful it would be a game changer both for Dominica and the Caribbean as a whole. Few would dispute that most of the pieces are now in place. The pressure is now on to deliver.

Secondary Students, we invite you to submit written letters/essays answering the following question: “How can the CARICOM Region generate growth and resilience through clean energy, good governance, and regulations?” (Submissions should focus on the social, economic and environmental factors)