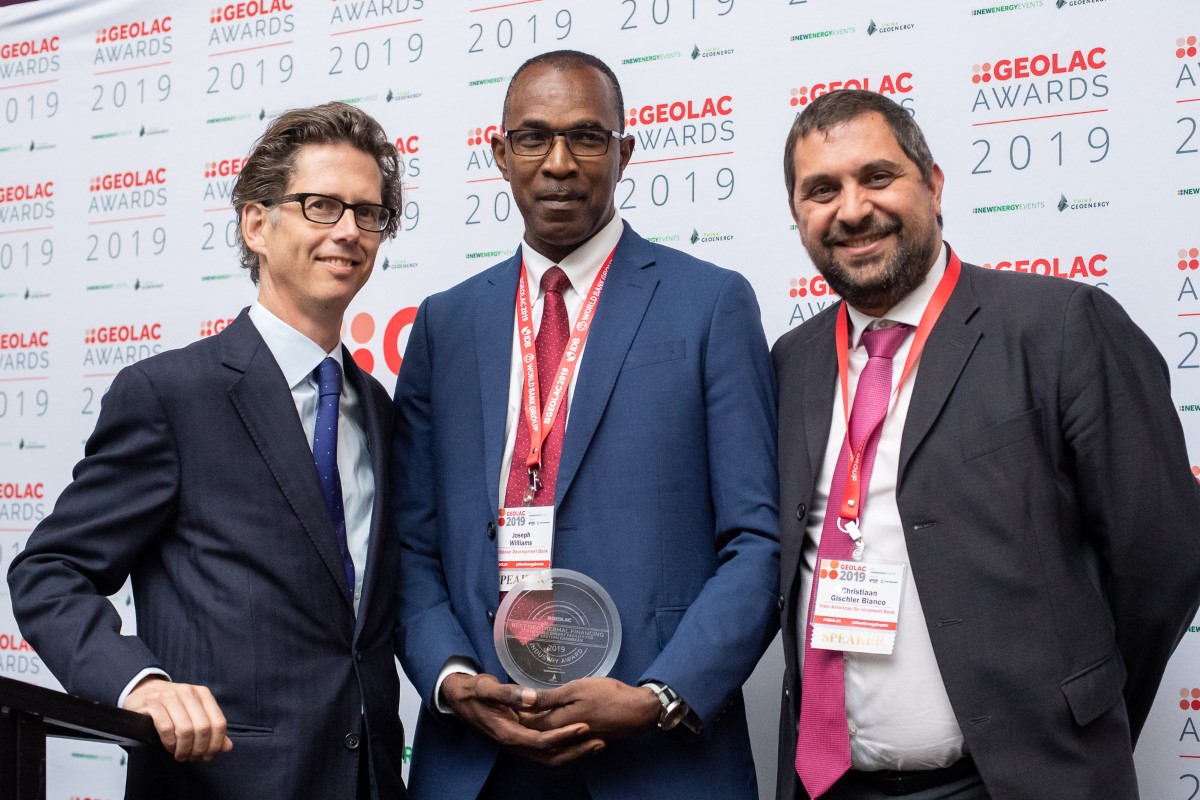 The Geothermal Congress for Latin America and the Caribbean (GEOLAC), the largest annual gathering of the regional geothermal market, today announced five winners for its second annual GEOLAC Industry Awards. The winners were recognized on stage at the 6th GEOLAC in Santiago.

New Energy Events, the organizers of GEOLAC, partnered with ThinkGeoEnergy to create the awards program with the purpose of recognizing and rewarding excellence in geothermal across the region in the previous year.

“The region has made important strides this year, and – with the help of our awards judges – we’re honoured to recognize the excellence that underpins that progress,” said Matthew Perks, CEO of New Energy Events. “As geothermal advocates, we are delighted to showcase the impact that a well-executed project or program can have on the immediate region and wider industry.”

“We are very encouraged by the determination and innovation we’ve seen in the region this year,” said Alexander Richter, Principal at ThinkGeoEnergy. “By putting the spotlight on the remarkable market players who have made important contributions to the sector, we see a rock-solid foundation forming, setting the stage for future development. ThinkGeoEnergy is delighted to again partner with New Energy Events to award these outstanding achievements, and we look forward to what will come next year.”

The awards program drew candidates from Central America, South America, and the Caribbean. The selected award winners represent the entities who have had a profound impact on geothermal development and progress in Latin America and the Caribbean. As geothermal continues to progress in the region, GEOLAC looks forward to further recognition of those making innovations and applying best practice industry standards to project development.